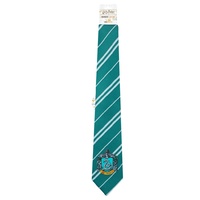 Worn by Drago Malefoy and his Slytherin friends in every Harry Potter movie.

High Quality Fabric In Green And Grey With The House Of Slytherin Crest Featuring A Silver Snake, The House Mascot.

Slytherins are known for being cunning and ambitious, although it is known to have produced many Dark wizards. According to J.K. Rowling, Slytherin roughly corresponds to the element of water. Slytherins are associated with cunning, ambition and a tendency to look after their own. Slytherin has produced its share of Dark witches and wizards, but members are not afraid to admit it. Slytherin also embodies. ambition and greatness. - Match with the Slytherin scarf, Slytherin gloves and Slytherin necktie to get the complete Slytherin uniform 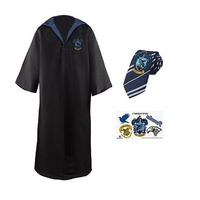 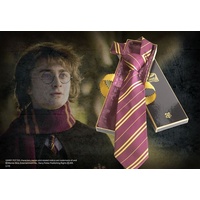 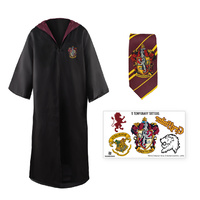