from The Noble Collection NN5006

A Bowtruckle is a tree dwelling creature found in western England, southern Germany, and Scandinavian forests. It appears to be made of bark and twigs with two brown eyes which makes it hard to distinguish from the trees it inhabits.

Pickett was a Bowtruckle that was kept by Newt Scamander as a pet. Although he had at least six Bowtruckles - Pickett, Titus, Finn, Poppy, Marlow and Tom, Newt was especially fond of Pickett, and even carried him around in his top pocket, first because Pickett had a cold and needed body warmth, and also because Pickett had attachment issues.

Standing at 7 inches in height (18cm) this poseable version of the Bowtruckle will be a welcome addition to the collection of any Fantastic Beasts fan. 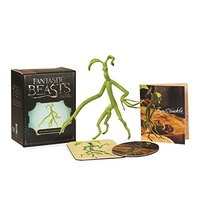 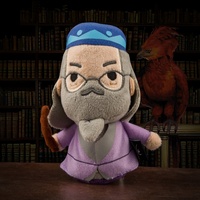 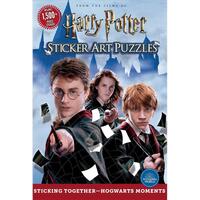