Enchanted Postcard Book - Harry Potter and the Chamber of Secrets

At the end of the first movie, Harry Potter and the Philosopher's Stone, Harry Potter is given a magical gift by Hagrid : an album of moving photographs, including a photo of Harry's parents and one of Ron, Hermione and Harry together.

Inspired by Harry's album, this postcard book includes a set of four removable lenticular images that re-creates some of the beloved scenes from Harry Potter and the Chamber of Secrets.

Also included are sixteen regular postcards featuring fazcinating images from the wizarding world, perfect for sending to friends and family. Card and Envelope The Tales of Beedle the Bard Magnetic Notebook A5 The Marauder's Map 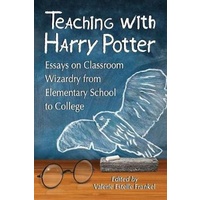