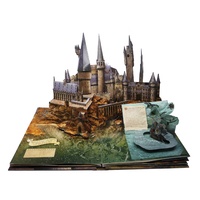 Make 4 interest-free payments of $90.00 fortnightly and receive your order now.

This is an exhilarating, interactive guide to the iconic school of witchcraft and wizardry, as seen in the Harry Potter films.

Featuring spectacular pop-up recreations of key locations inside and outside of Hogwarts, and it opens flat to form a pop-up map of the castle and its grounds - including the Quidditch pitch, the Forbidden Forest and beyond.

Among the main pop-up structures, numberous mini-pops bring to life elements from Harry Potter - such as the Marauder's Map and Flying Ford Anglia - while hidden pull-tabs and windows offer glimpses inside Hogwarts castle at iconic scenes and key moments from the films.

This signed and numbered limited edition is packaged in a cloth slipcase and features six pop-ups not included in the trade edition. 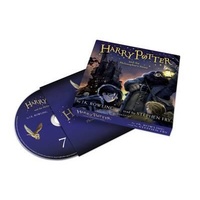