Griphook: You are a very unusual wizard. How did you come by this sword? Harry Potter: It's complicated. Why did Bellatrix Lestrange think it should be in her vault at Gringotts? Griphook: It's complicated. Griphook the Goblin was employed at Gringott's Bank and in Harry Potter and the Deathly Hallows, Part 2 he helped Harry break into Belletrix LeStrange's vault to steal the cup of Helga Hufflepuff. The 1/6th scale Griphook collectible figure features the goblin as he appeared in this film and includes the sword of Griffyindor, the Hufflepuff cup and the Gringott's bank Clanker used to get by the dragon guarding the vaults. This figure includes: -1/6th scale all new articulated body, approximately 19.5 cm tall. -Fully realized authentic likeness of Verne Troyer as Griphook 2.0 in the movie "Harry Potter and The Sorcerer's Stone, HPE1" with accurate facial expression and detailed skin texture. Each head sculpt is specially hand-painted. PARTS Three (3) interchangeable hands including: -One open left hand -One open right hand -One right hand for holding the sword, Helga Hufflepuff's Cup and the clanker COSTUME -White Shirt -Black Trousers -Black Vest -Black Bow-tie -White Socks -Black Shoes ACCESSORIES - The Sword of Godric Gryffindor - Helga Hufflepuff's Cup - Gringott's Bank Clanker 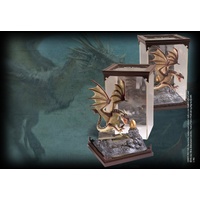 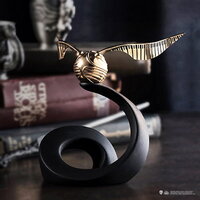