Harry Potter Pop Vinyl from the second film, Harry Potter and the Chamber of Secrets. This pop features Harry with his arm in a sling after Gilderoy Lockheart removes all the bones from the arm. 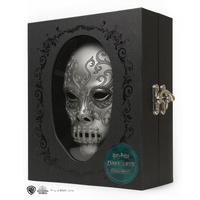