The one and only scarf worn by the Hufflepuff students.

Ultra-soft scarf, very long and thick, this Hufflepuff scarf will protect you from the cold in Hogwarts. Measuring 190cm long and 25cm wide.

This officially licensed long scarf is made of ultra soft acrylic, and features the colours and coat of arms of the houses Hufflepuff and a beautiful Hufflepuff house patch embroidered on one end.
Essential costume accessory for Hogwarts students: Cedric Diggory, Ernie MacMillan, Nymphadora Tonks, Professor Sprout, Hufflepuff quidditch players, Hufflepuff quidditch fans, or Hufflepuff students.
"You might belong in Hufflepuff, Where they are just and loyal, Those patient Hufflepuffs are true, And unafraid of toil" The Sorting Hat.

Hufflepuff is the most inclusive among the four houses; valuing hard work, dedication, patience, loyalty, and fair play rather than a particular aptitude in its members. The emblematic animal is a badger, and yellow and black are its colours.
Hufflepuff corresponds roughly to the element of earth, and it is for that reason that the House colours were chosen: yellow represented wheat, while black was emblematic of soil. The Hufflepuff points hourglass contains yellow diamonds. 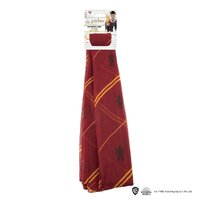 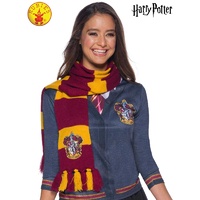 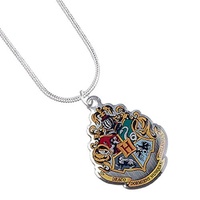 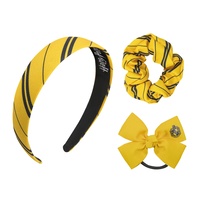