Is your child interested in becoming a Quidditch champ? It's a rough and brutal game but we wouldn't worry, no one has died in years. It is kind of crazy to, one, let eleven-year-olds get on flying broomsticks and two, provide said children with flying balls and some of which are trying to blugeon them off their brooms. Oh well, in a world of high stakes academics these kids need a way to blow off steam!
We all have that urge to fly. Well, besides those folks that are cursed with vertigo, that is. Even flying in dreams can be amazing and rare. So how could you deny your child the skies once they're in that magical wizarding world? And with the best wizards around, your child would be more safe zooming after the Snitch than they would be if they were playing an intense game of football. That is if they don't fall and break something only to have an over confident new teacher come along and charm all the bones out of their arm. Looking at you, Lockhart!
Anyway, to keep your child as safe as possible as they're zooming around at high altitude, hook them up with this Quidditch set! With leg and arm guards, gloves, and goggles your kiddo will be ready to dodge, sprint, and even take a few blows from those pesky Bludgers! It doesn't hurt that this set has a dirty worn look on the arm and leg guards for an immediate tough look. So, your kid might be pretending they're Harry Potter, Ginny Weasley, or even Viktor Krumm, either way, once they're suited up your kiddo will be ready to take the Quidditch cup in no time!

Goggles with golden wings on the side

Arm and leg guards have a dirty worn appearance

Perfect for any Quidditch Seeker 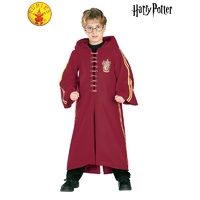 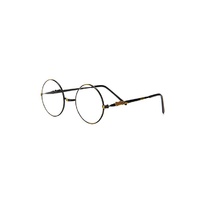 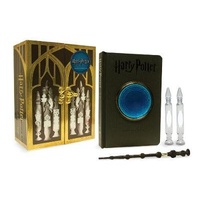 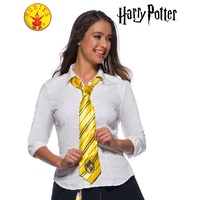 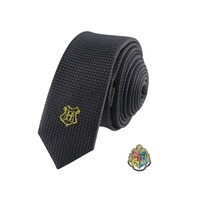