"Ronald Weasley! How dare you steal that car!"

Ron is best friends with both Hermione Granger and Harry Potter, and plays important roles neach of the books. In the second book Ron and Harry steal the Weasley's Magical Flying Car in order to get to Hogwarts on time, however things don't really go according to plan... This Pop Figure shows Ronashe appears in the second film, Harry Potter and the Chamber of Secrets, and also shows Ron holding the Howler his mother sent him. Add this Pop to your collection today! 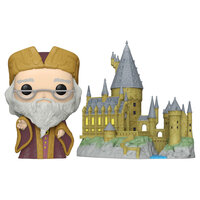