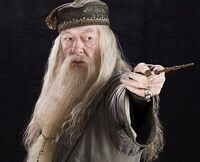 In the land of magic there’s an array of power available and objects which harness this energy. But what makes an object extremely powerful? It may be the fact that these objects can make the impossible, suddenly very possible.

In the land of magic there’s an array of power available and objects which harness this energy. But what makes an object extremely powerful? It may be the fact that these objects can make the impossible, suddenly very possible. If you end up in possession of one of these objects... you would become a very powerful Witch or Wizard.

There are many spells which are simply used to quicken time - cleaning dishes and flying broomsticks. However, then there are objects which have their own powers, whether good or evil. Read on for the top 7 most magical objects from Harry Potter!

This one is a no brainer! Surely you all know the story of The Deathly Hallows. Owning one of the three is said to give you power over death... for at least a while.

It can create a level of magic that is impossible for other wands. The true master of the wand ultimately becomes the most powerful Wizard. But it is also extremely dangerous, with a long-blooded history. Hence why Harry decided to not keep it in the end.

What’s more powerful than an object that can transport you back into the past? The possibilities for devastation along the timelines is very real, so the ones used in the series were regulated and didn’t allow for long periods of traveling back in the past. Although, true Time Turners created by Theodore Knott, could allow the user to stay in the past for as long as they wanted. Some might say, this is playing with fire.

The Second most powerful object of The Deathly Hallows, this object can quite literally hide ANYTHING under its covering and maintain invisibility from enchantments. Hiding yourself from people who may want to find you, or even hiding you from death itself!

In the Wizarding world, this could make you functionally immortal.

Wish to get away with anything you please? Then you’d want this magical map that makes this possible. Exposing secret passages and every corner of the castle, while knowing where everybody is at any given time – is definitely a powerful advantage.

The gorgeous headpiece which was infused with dark magic. Yet another Horcrux created by Voldemort. Apart from the Horcrux ordeal, the Diadem was the last known relic which once belonged to Rowena Ravenclaw (the founder of Ravenclaw House). Rowena enchanted the Diadem herself, to improve the wearers focus and intelligence.

Where it all began, one of the first most powerful objects introduced into the series. The stone has two primary powers - the ability to turn any base metal into pure gold, and to produce the Elixir of Life, which can keep the drinker alive forever.

Only one man has successfully created the substance. Nicholas Flamel who used it to live a very long life, only to destroy it to keep it from Voldemort’s grasp. If another Witch or Wizard were to learn the secret recipe and create it again.. well they would be extremely powerful!

Horcrux’s are some of the most evil and darkest magic used in the Wizarding World. A staple, for He-Who-Shall-Not-Be-Named. A Horcrux is a vessel used to encapsulate part of a Wizard’s soul, making them one step closer to immortality. However, creating a Horcrux requires a murder to do so, and rips the soul into pieces – damaging the wizard.

Doing this numerous times (as Voldemort did) is an almost sure way to defeat death and that is the most powerful magic of all. It comes with a dark price.