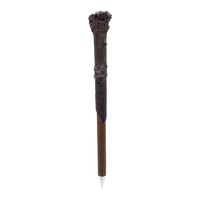 Conjure up some magic the next time you put pen to paper with this wonderful Harry Potter Wand Pen. Whether you’re jotting down the ingredients for your newest potion, penning your own tale of witches and wizards, or simply making notes, this pen is perfect for you. This black ink pen is a replica of Harry Potter’s famous wand from the movies. This is a truly magical gift for fans of the Harry Potter franchise, and is great for use at home, at work, or at school. The black ink pen is in the shape of the wand and comes with a lid. 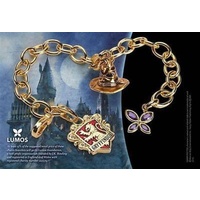 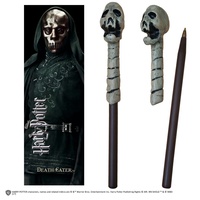